Write about the westward movement of white settlers and its impacts.

After the American War of Independence from 1775 to 1783 and the formation of the United States of America, the white Americans began to move westward. By the time Thomas Jefferson became President of the USA in 1800, over 700, 000 white settlers had moved on to the Appalachian plateau through the passes. Seen from the east coast, America seemed to be a land of promise. Its wilderness could be turned into cultivated fields. Forest timber could be cut for export, animals hunted for skin, mountains mined for gold and minerals. But this meant that the American Indians had to be cleared from the land. In the decades after 1800 the US government committed itself to a policy of driving the American Indians westward, first beyond the river Mississippi, and then further west. Numerous wars were waged in which Indians were massacred and many of their villages burnt. The Indians resisted, won many victories in wars, but were ultimately forced to sign treaties, give up their land and move westward.As the Indians retreated, the settlers poured in. They came in successive waves. They settled on the Appalachian plateau by the first decade of the eighteenth century, and then moved into the Mississippi valley between 1820 and 1850. They slashed and burnt forests, pulled out the stumps, cleared the land for cultivation, and built log cabins in the forest clearings. Then they cleared larger areas, and erected fences around the fields. They ploughed the land and sowed corn and wheat.In the early years, the fertile soil produced good crops. When the soil became impoverished and exhausted in one place, the migrants would move further west, to explore new lands and raise a new crop. It was, however, only after the 1860s that settlers swept into the Great Plains across the River Mississippi. In subsequent decades this region became a major wheat-producing area of America.

How useful is this solution?We strive to provide quality solutions. Please rate us to serve you better.
RELATED QUESTIONS :

A teacher was making preparation for a mock parliament. She called two students to act as leaders of two political parties. She gave them an option. Each one could choose to have a majority either in the mock Lok Sabha or in the mock Rajya Sabha. If this choice was given to you, which one would you choose and why?

Three friends went to watch a film that showed the hero becoming Chief Minister for a day and making big changes in the state. Imran said this is what the country needs. Rizwan said this kind of a personal rule without institutions is dangerous. Shankar said all this is a fantasy. No minister can do anything in one day. What would be your reaction to such a film? When Madhurima went to the property registration office, the Registrar told her, “You can't write your name as Madhurima Banerjee d/o A.K. Banerjee. You are married, so you must give your husband's name. Your husband's surname is Rao. So your name should be changed to Madhurima Rao." She did not agree. She said "if my husband's name has not changed after marriage, why should mine?” In your opinion who is right in this dispute? And why?

Name the Fundamental Rights under which each of the following rights falls:

(a) Freedom to propagate one's religion

(b) Right to life

Which of these statements about the relationship between democracy and rights is more valid? Give reasons for your preference.

(a) Every country that is a democracy gives rights to its citizens.

(b) Every country that gives rights to its citizens is a democracy.

(c) Giving rights is good, but it is not necessary for a democracy.

Which of the following rights is available under the Indian Constitution?

Can we draw the following conclusions from the information given in this chapter? Give two facts to support your position for each of these.

1. Election Commission of India does not have enough powers to conduct free and fair elections in the country.

2. There is a high level of popular participation in the elections in our country.

3. It is very easy for the party in power to win an election.

4. Many reforms are needed to make our elections completely free and fair. 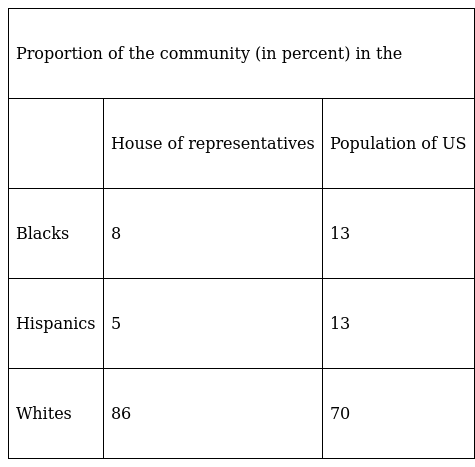 Answer each of these questions in a short paragraph. (30-40 words)

Name the various places and causes for which Evelyn performs.

Create a handwritten account or a documentary about your school.

Watch the different documentaries available on the official website of the Archeological Survey of India, an organization under the Government of India.

Find five rational numbers between 3/5 and 4/5