i) Pyramid of number:

• It is an ecological pyramid which represents the number of individual organisms at each trophic level in an ecosystem. 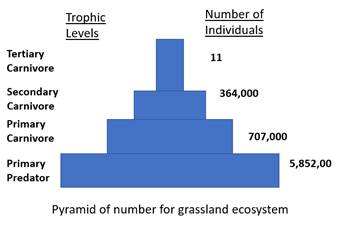 • Pyramid of numbers can be either upright or inverted. 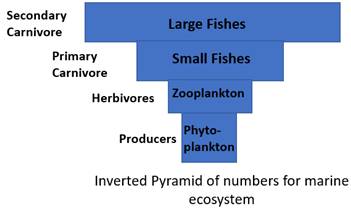 • It is an ecological pyramid which represents the amount of organic matter present at each trophic level in an ecosystem. 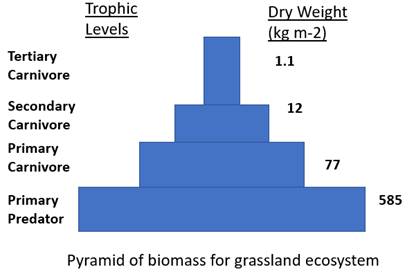 • It can be either upright or inverted pyramid.

Therefore increases from Phytoplankton → zooplankton → predatory fish and we obtain an inverted pyramid.

How useful is this solution?We strive to provide quality solutions. Please rate us to serve you better.
PREVIOUSWhat are the threNEXTGiven below is a
Try our Mini CourseMaster Important Topics in 7 DaysLearn from IITians, NITians, Doctors & Academic Experts
Dedicated counsellor for each student
24X7 Doubt Resolution
Daily Report Card
Detailed Performance Evaluation
view all courses