Why did the Nawabs of Awadh and Bengal try to do away with the jagirdari system?

How useful is this solution?We strive to provide quality solutions. Please rate us to serve you better.
PREVIOUSWhat were the offices held by Sa’adat Khan?NEXTHow were the Sikhs organized in the eighteenth century?
RELATED QUESTIONS :

What were the policies adopted by Asaf Jah to strengthen his position?

How were the Sikhs organized in the eighteenth century?

Why did the Nawabs of Awadh and Bengal try to do away with the jagirdari system?

Why did the Marathas want to expand beyond the Deccan?

What were the offices held by Sa’adat Khan? 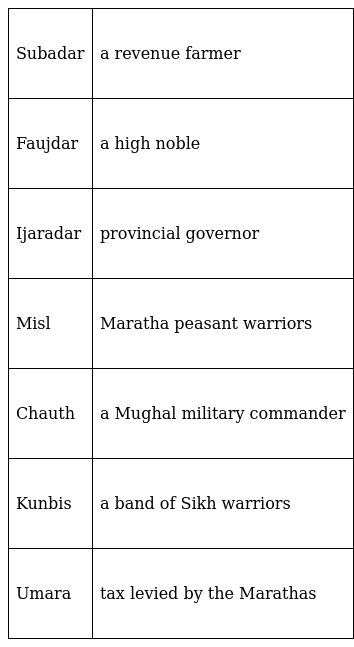 A curtain is hanging at the entrance of a room. A long corridor runs at right angles to the door, that is parallel to the curtain. If a strong wind blows along the corridor, the curtain will

In a survey, 200 students were asked what influenced them most to buy their latest CD. The results are shown in the circle graph.

(a) How many students said radio influenced them most?

(b) How many more students were influenced by radio than by a music video channel?

(c) How many said a friend or relative influenced them or they heard the CD in a shop? 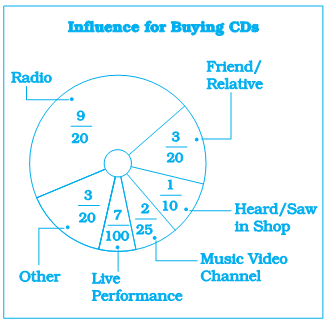