Which of the vari

Thermal Power: By heating the coal the water is converted into the steam which runs the turbine and generates electricity.

Hydro Power: The water stored in dams at a large height is made to fall on turbines to rotate them and generate electricity.

Nuclear Power: The atoms of uranium produces huge amount of heat energy by nuclear fission and fusion in nuclear power plants. This heat energy is used to generate electricity.

Solar Power: The heat from the sun ( solar energy ) captured by solar panels and this is converted into electrical energy. The figure below shows solar power generation plant. 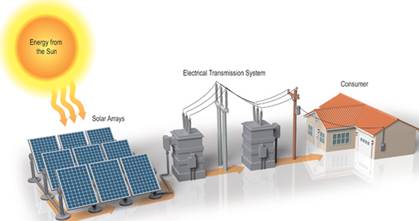 Wind Power: The windmills are placed in the areas where the speed of wind is high. And as the blades of the wind mill rotate the mechanical energy is generated which is then converted into the electrical energy. The figure below shows windmill. 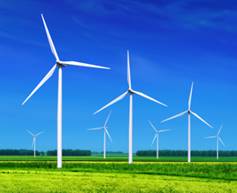 Why should we con

Why do we use fus

Which of the vari

How can you appre

Why don't we use

What do you mean

Why do we conside

A house has 3 tub