(c) This statement is false. The average revenue and marginal revenue are equal to each other only in perfect competition.

The firm equilibrium means a situation in which the producer has maximized his profit and has no intention to make any change in his existing level of production or his existing expenditure on the means of production.

There are two conditions for the producer's equilibrium:

b. The marginal cost should be rising at the level of the output

a. Rational behavior of the producer.

b. The producer must aim at maximizing profit.

d. There is perfect competition in the market. 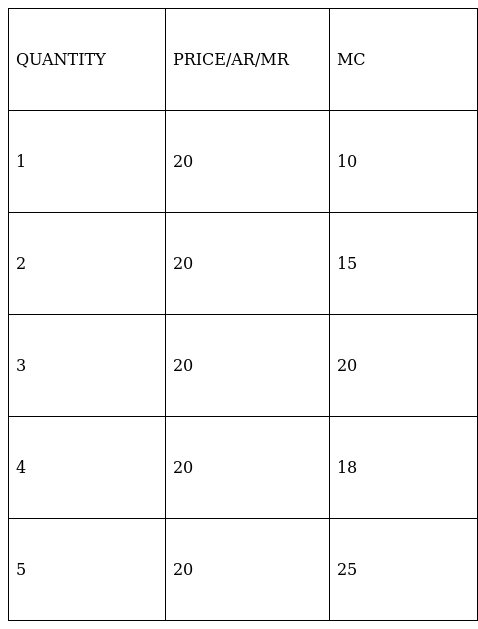 If the producer is producing 3 units of a commodity then marginal revenue is equal to the marginal cost i.e = 20.

This implies that the cost incurred in producing one additional unit is equal to the revenue received from the sale of that unit.

The producer is receiving normal profit on that unit but the total profit earned by him is reached to its maximum.

The producer will maintain this level of output for maximizing profit.

When priceof a go

When the price of

When the price of