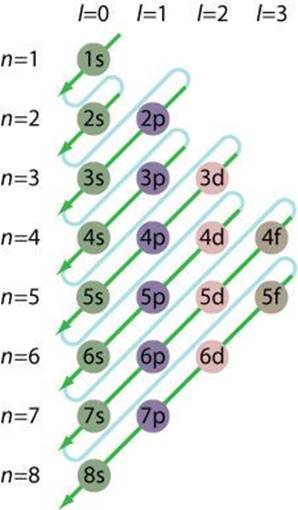 o The filling up of electrons in corresponding orbitals decides the electronic stable ground state configuration of an atom and usually is determined by Aufbau principle (in the figure).

o According to this, the electron should enter 4s orbital first and then to 3d orbital but in case of (iv) 1s2 2s2 2p6 3s2 3p6 3d5 4s1, this is a disparity to the rule hence cannot be considered as ground state electronic configuration of an atom. But it will be stable as 4s and 3d orbitals are almost the same in terms of inherent energy and d5 i.e. a half-filled orbital has generally attained a state of stability.