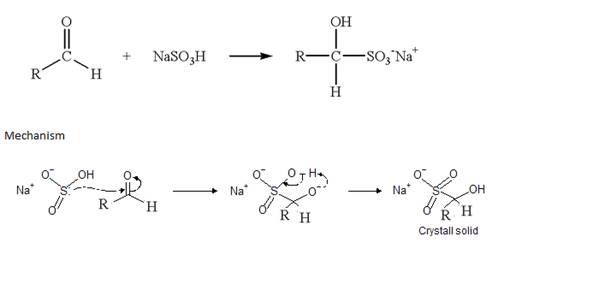 • But when it comes to tollen’s reagents ketone do not give this test because ketones do not get oxidised by mild oxidising agents for the absence of an α-H atom.

• Hence tollen’s reagent test is the clear distinction between aldehydes and ketones. Therefore in the given problem liquid, ‘A’ must be an aldehyde because it gives a positive tollen’s test and the other liquid ‘B’ must be a ketone as though it does not give tollen’s test but it reacts with NaHSO3 and forms the addition crystalline product.