The short- sightedness or myopia is corrected by using a concave lens, which diverges and shifts the image to the retina as follows: 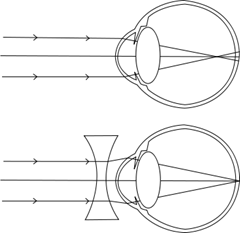 Long-sightedness or hypermetropia is corrected by using a convex lens, which converges and shifts the image to the retina as follows: 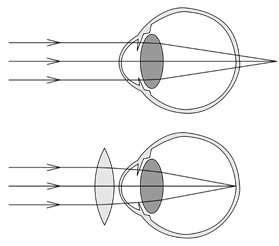 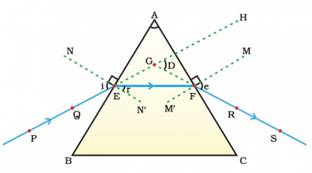 If a beam of white light is passed through a glass prism, it is separated into its constituent colors. This phenomenon is known as dispersion.