Rainbow is defined as the natural phenomenon in which due to dispersion of white light, an arch of seven colors is formed. 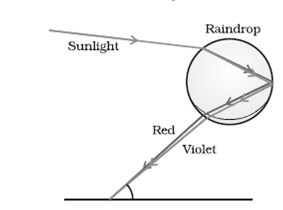 One equation of a