First we need to understand the mechanism and free body diagram of the horse cart system.

Note that the action reaction pair of weight and normal force are canceled out because they are equal and opposite by Newton’s third law. 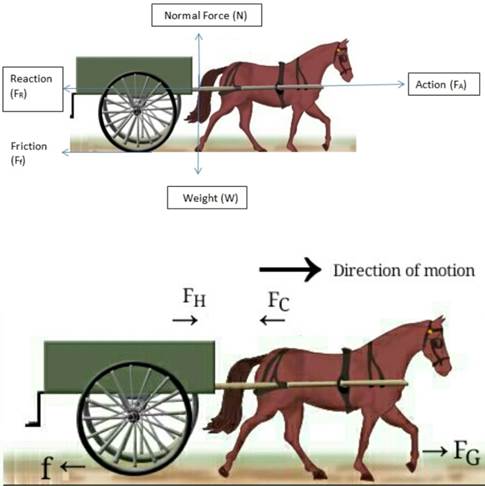 CART ALONE – The only driving force on the cart is the tension which acts rightward or forward , hence the net force is also tension , so by Newton’s second law through the ropes the cart moves.

HORSE ALONE – There are two forces acting on the horse which are not cancelled by each other the one is tension in the ropes which pull the horse backwards and the friction force from the ground which makes the horse moves forward.

Graphical Representation of Motion - I44 mins

Motion is a Relative Term41 mins

What are the bala

Let us solve the