Find out the reasons:

When a bus at rest suddenly moves forward, the passengers, standing in the bus, fall backward. 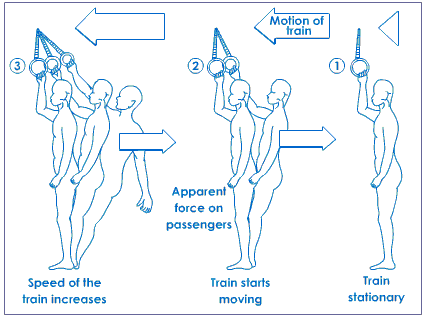 The same can be done for brakes and deceleration or retardation. 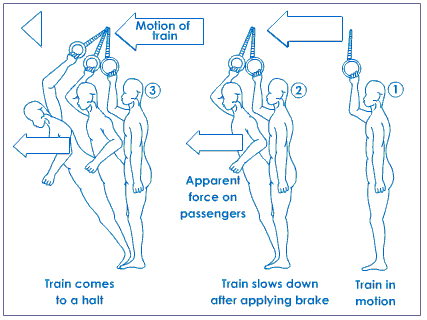 ADDITIONAL INFORMATION – We can do same experiment with a long rod placed vertically on a wooden plank. When we try to slide the plank with considerable force the lower part of the rod will move with the plank but the upper part remains where it was initially placed. Hence due to inertia of rest.

How useful is this solution?We strive to provide quality solutions. Please rate us to serve you better.
PREVIOUSFind out the reasons:When a horse pulls a cart, though action and reaction are equal and opposite, the carriage moves forward.NEXTFind out the reasons:We slip on a mossy surface.
Related Videos

A car travels with a velocity of 15 m/s. The total mass of the car and the passengers in it is 1000 kg. Find the momentum of the car.

A car and a bus are travelling with the same velocity. Which has grater momentum? Why?

Prepare and present an experiment to illustrate inertia of rest.

Find out the reasons:

When a bus at rest suddenly moves forward, the passengers, standing in the bus, fall backward.

Draw the graph of each of the following linear equations.

A. Explain chemical co-ordination in humans and give the names and functions of some hormones.

B. Explain the difference between the excretory system of humans and plants.

C. Explain co-ordination in plants with the help of suitable examples.

The relative humidity (in %) of a certain city for a month of 30 days was as follows:

(ii) Which month or season do you think this data is about?

(iii) What is the range of this data?

In a mixture of 28 litres, the ratio of milk and water is 5:2. Set up the equation between the mixture and milk. Draw its graph. By observing the graph find the quantity of milk in the mixture.

Name the hormones of the following endocrine glands and the function of each.