What ways do you

Friction can be reduced by:

1. Making the rough surfaces smooth – When the interacting surfaces are rough, the interlocking between these surfaces is more and as a result there is an opposition to advancement of the object (i.e. friction). If the surface is made smooth, the interlocking between the surfaces decreases and as a result opposition to the movement of the body decreases. This reduces friction.

2. Adding lubricant to a rough surface – Lubricant serves as a medium that prevents interlocking between the surfaces by filling up the gaps, thereby reducing friction.

3. Making the objects more streamlined- When objects move, the air around them drags them. To prevent this we make the surfaces curved so that they cut through the air this, reducing the drag(i.e. friction).

Example, the forces acting on a sportsperson: 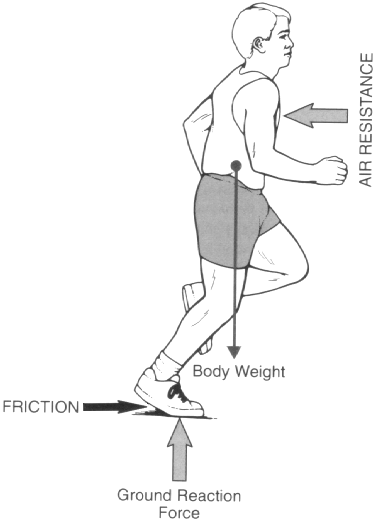 If you push a hea

What ways do you

Explain how can y

From the word puz