1. The Rise of Nationalism in Europe

What is the significance of the year 1848 for France?

The year 1848 was the year which witnessed great hardships. The population of Paris suffered from food shortages and unemployment. The following were the significance of the year 1848 for France –

• Republic was formed which provided suffrage, i.e., the Right to Vote in political elections to all the male adults above 21 and promised Right to work. Accordingly, national workshops were set up to provide employment opportunities.

• It also brought the refusal or rejection of the Monarchical power in France in 1848.

How useful is this solution?We strive to provide quality solutions. Please rate us to serve you better.
PREVIOUSWhy were the French armies called harbingers of liberty?NEXTWrite a note:The Greek War of independence
Related Videos

Together With | Unifications of Italy, Germany and United Kingdom34 mins

How did the local people in the areas conquered by Napoleon react to French rule? Explain.

Explain any five social and administrative reforms introduced by Napoleon in regions under his control.

Analyse the measures and practices introduced by the French revolutionaries to create a sense of collective identity amongst the French people.

“Napoleon had, no doubt, destroyed democracy in France, but in the administrative field he had incorporated revolutionary principles in order to make the whole system more rational and efficient.” Support the statement.

Read the passage below.

1. During our growing up years we as children were taught __ both at home and school __ to worship the photos and idols of the Gods of our respective religions. When we grew a little older, we were to read holy books like the Bhagwad Gita, Bible and Quran; we were told that there are a lot of life lessons to be learnt from these holy books. We were then introduced to stories from our mythologies which taught us about ethics and morality __ what is good and what is bad. I also learnt to be respectful towards my parents who made my life comfortable with their hard work and love and care, and my teachers who guided me to become a good student and a responsible citizen.

2. Much later in life, I realised that though we learn much from our respective holy books, there is a lot to learn from our surroundings. This realisation dawned upon me when I learnt to enquire and explore. Everything around us __ the sun, the moon, the stars, rain, rivers, stones, rocks, birds, plants and animals __ teach us many valuable life lessons.

3. No wonder that besides the scriptures, in many cultures nature is also worshipped. The message that we get is to save our environment and maintain ecological balance. People are taught to live in harmony with nature and recognise that there is God in all aspects of nature.

4. Nature is a great teacher. A river never stops flowing. If it finds an obstacle in its way in the form of a heavy rock, the river water fights to remove it from its path or finds an alternative path to move ahead. This teaches us to be progressive in life, and keep the fighting spirit alive.

5. Snakes are worshipped as they eat insects in the field that can hurt our crops, thus protecting the grains for us. In fact, whatever we worship is our helper and makes our lives easy for us. There are many such examples in nature, but we are not ready to learn a lesson. Overcome with greed, we are destroying nature. As a result, we face natural disasters like droughts, floods and landslides. We don’t know that nature is angry with us.

6. However, it is never too late to learn. If we learn to respect nature, the quality of our life will improve.

A. What are we taught in our childhood and growing up years ?

B. Why should we respect our parents and teachers ?

C. What message do we get when we worship nature ?

D. How does a river face an obstacle that comes in its way ?

2.2 Give the meanings of the words given below, as used in the passage, with the help of the options that follow :

A milkman was serving his customers using two types of mugs A and B of inner diameter 5 cm to serve the customers. The height of the mugs is 10 cm.

He decided to serve the customer in ‘B’ type of mug.

(a). Find the volume of the mugs of both types.

(b). Which mathematical concept issued in the above problem?

(c). By choosing the mug of type ‘B’, which value is being depicted by the milkman? 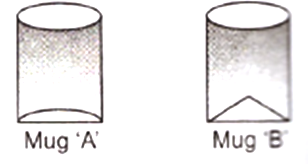 Read the passage given below carefully and answer the questions that follow.

1. Overpowering prey is a challenge for creatures that do not have limbs. Some species like Russell’s viper inject poison. Some others opt for an alternative non-chemical method-rat snakes, for instance, catch and push their prey against the ground, while pythons use their muscle power to crush their prey to death. But snake can’t be neatly divided into poisonous and non-poisonous categories.


2. Even species listed as non-poisonous aren’t completely free of poison. The common Sand Boa, for instance, produces secretion particularly poisonous to birds. So the species doesn’t take any chance – it crushes its prey and injects poison as an extra step.


3. Do vipers need poison powerful enough to kill hundreds of rats with just one drop? After all, they eat only one or two at a time.


5. Competition with prey is not the only thing driving snakes to evolve more and more deadly poison. Snakes also struggle to avoid becoming prey themselves.


6. Some snake killers have partial immunity to poison Famously, mongooses are highly resistant to cobra poison, and with their speed and agility, kill snakes fearlessly. It would be the death of cobras as a species if they didn’t evolve a more deadly poison to stop mongooses.


7. Poison has another important role. It’s an extreme meat softener; specific enzymes break up the inside of the prey. Normally, a reptile depends on the sun’s warm rays to aid digestion.


8. But I wonder if we cannot use venom in our favour. In remote parts of India, local hospitality often involves leather- tough meat. I chew and chew until my jaws ache. If I spit it out or refuse, our hots would be offended, I swallow like a python stuffing a deer down its throat and hope I don’t choke. If only I had poison.


(a) Russell viper and rat snake have different methods to attack prey. How?


(b) How does Sand Boa kill its prey?


(c) There is a constant tussle between the hunting animal and its prey? Why?

(e) What difficulty does the writer face when he is entertained in the remote parts of India?


2.2 On the basis of your reading of the above passage fill in any two of the following blanks.


i. Overpowering ………………… is a challenge for creatures that do not have limbs.


a. enhances taste of b. hardens


2.3 Find word from the passage which mean the same as:

In triangle ABC, right-angled at B, if

find the value of:

State whether right or wrong. Rewrite the wrong sentences.

(a) The fact that Brazil lies on the equator affects its climate in a big way.

(b) India and Brazil have the same seasons at the same time.

(d) Brazil gets a lot of rainfall because of the southwest monsoon winds.