The three ‘laws of inheritance’ such as the law of dominance, the law of segregation and law of independent assortment are known as Mendelism.

● In F2 generation formation of plants like dwarf plant with yellow seed and tall plants with green seeds, show an independent assortment of characters. 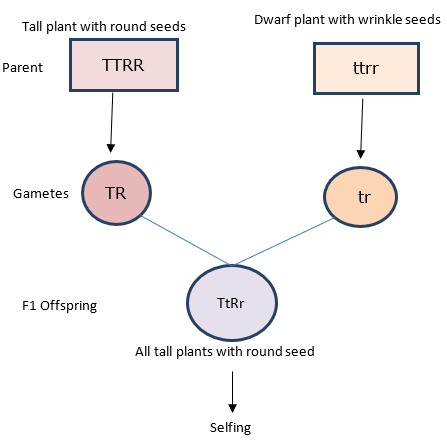 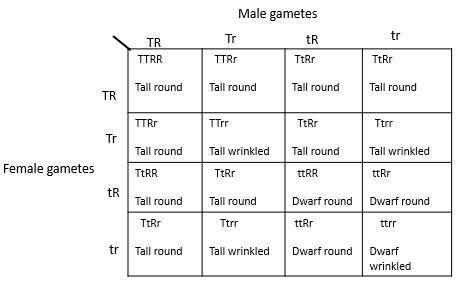 Four types of plants are appeared in the F2 generation

How useful is this solution?We strive to provide quality solutions. Please rate us to serve you better.
PREVIOUSExplain Mendel’s NEXTExplain Mendel’s
Related Videos

Which law given b

Write about the i

The ratio of offs