Corpora quadrigemina are a part of mid-brain. It consists of four bodies therefore known as quadrigemina where quad stands for four. It is located at the distal portion of the midbrain. It is divided into two parts where upper two calculi (spherical structures) are called superior calculi and lower calculi are called inferior calculi. It can be better understood with the following diagram showing its location and parts. 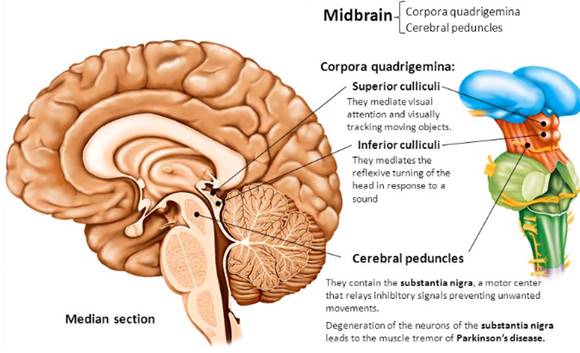 How useful is this solution?We strive to provide quality solutions. Please rate us to serve you better.
PREVIOUSName the part of NEXTWhat are endocrin
Related Videos

The part of brain

A person was ridi

Use words from th

The diagram is of

Name the part of