What is an adapte

The functions for which it is termed so are as follows:

i. tRNA is known as adapter molecule as it attaches itself via initiation and elongation factors to the ribosome- mRNA complex which facilitates the incorporation of the correct amino acid to the growing polypeptide chain by its specific anticodon to the mRNA codon.

ii. t RNAs adapt the mRNA nucleotide sequence into a protein's peptide sequence by acting as an intermediary.

iii. A tRNA is charged by attaching an amino acid to one end; it then binds the ribosome mRNA complex at the position defined by a codon. A codon is a sequence of 3 nucleotides that codes for an amino acid.

iv. tRNA refers as an adaptor molecule because on one hand read the code and on another hand would bind to spefic amino acids.

The secondary structure of t-RNA has been depicted that looks like a clover leaf. The t-RNA is a compact molecule which looks like inverted L. 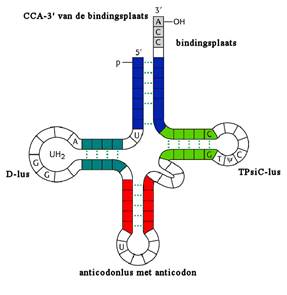