What do population pyramids of India and Japan indicate? 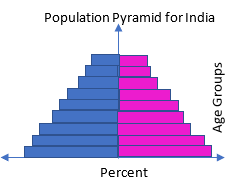 The population pyramid for India shows a broad base in the younger age groups as the country has a high birth rate and more infants survive to adulthood with development in science and technology. The pyramid apex is narrow showing that there are less number of dependants in the old age group. With a wide middle portion, one can conclude that India has a large and expanding work force, with low number of dependents. 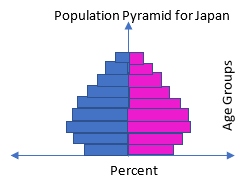 Unlike India, which is a developing country, Japan is a developed country. With low birth and death rates, the population pyramid for Japan is narrow at the base and comparatively wider at the apex as more people reach old age. The pyramid shows that the number of dependents particularly in the older age groups are increasing in Japan while the work force is diminishing due to low birth rates.

How useful is this solution?We strive to provide quality solutions. Please rate us to serve you better.
PREVIOUSWhat is a population pyramid?NEXTThe general trend of international migrations is from the less developed nations to the more developed nations in search of _____________.
Related Videos

Together With | Minerals and Power Resources50 mins

What is a population pyramid?

What are population pyramids? How do they help in understanding about the population of a country?

What is meant by population composition? 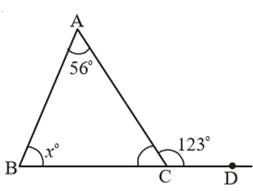 Kerala Board Mathematics Part I 1544 views