What are the aver

Average fixed cost is per unit cost on fixed factors, it decreases with increase in output. 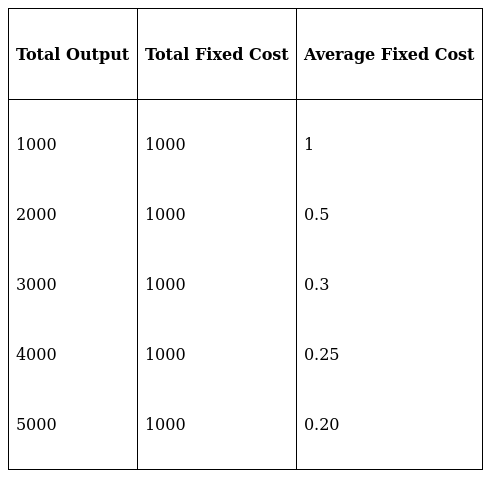 Average variable cost is per unit cost of variable factors it remains constant. 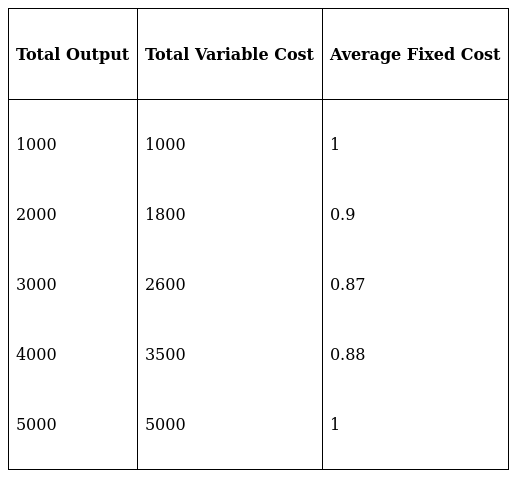 Average total cost means total cost per unit of output it is a u shaped curve like average variable cost. The average fixed cost is represented by a rectangular hyperbola 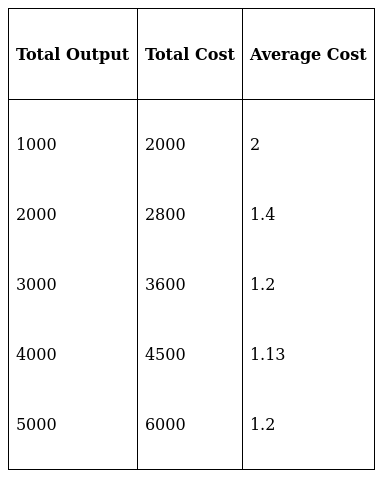 • It falls continuously to the right but will never touch the x-axis because average fixed cost can never be zero.

• Average cost curve lies above average variable cost curve and as output increases the vertical difference between two curves will decrease but they will never intersect.

How useful is this solution?We strive to provide quality solutions. Please rate us to serve you better.
PREVIOUSWhat are the totaNEXTCan there be some
Try our Mini CourseMaster Important Topics in 7 DaysLearn from IITians, NITians, Doctors & Academic Experts
Dedicated counsellor for each student
24X7 Doubt Resolution
Daily Report Card
Detailed Performance Evaluation
view all courses

When the total fi