Bob A has maximum potential energy and bob B is at rest with zero energy.

Bob A gains maximum velocity and collides with the bob B. bob A comes to rest and bob B gains the velocity of bob A because the collision is elastic and both have the same mass ∴ their velocity gets interchanged.

Bob B reaches the maximum height and its kinetic energy is converted to maximum potential energy. While bob A remains at rest.

Bob B reaches to bob A with its maximum potential energy getting converted to max kinetic energy and collides with bob A. During the collision the interchanging of velocity takes place and bob A gains the velocity of bob B and bob B comes to rest.

Bob A reaches the maximum height and its kinetic energy is converted to maximum potential energy. While bob B remains at rest.

b) Here E is total energy of bob A and B ∴ we get straight lines, since they E is constant.

Now from the above discussion in part a) we get the following graphs, 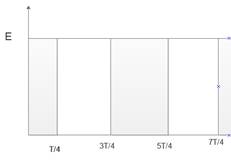 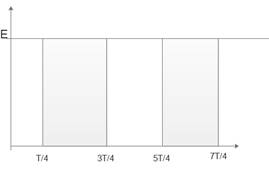 A person of mass

A bob of mass m s

Give example of a

A body is falling

A raindrop of mas