Trace out the pledge of independence that was taken on 26th January 1930 and read it aloud collectively in the classroom.

We believe that it is the incredible right of the Indian people, as of any other people, to have freedom to enjoy the fruits of their soil and have the necessities of life, so that they may have full opportunities of growth. We believe also that if any government deprives a people of these and oppress them, the people have a further right to alter or abolish it. The British Government in India has not only deprived the Indian people of their freedom but has based itself on the exploitation of the masses, and has ruined India must server the British connection and attain Purna Swaraj or complete independence.
India has been ruined economically. The revenue derived from our people is out of all proportion to our income. Our average income is seven pice per day, and of the heavy taxes we pay 20% are raised from the land revenue derived from the peasantry and 3% from the salt tax, which falls most heavily on the poor.
Village industries, such as hand spinning, have been destroyed, leaving the peasantry idle for at least four months in the year, and dulling their intellect for want of handicrafts, and nothing has been substituted, as in other countries, for the crafts thus destroyed.
Customs and currency have been so manipulated as to beep further burdens on the peasantry. British manufactured goods constitute the bulk of our imports. Customs duties betray partiality for British manufacturers, and revenue from them is not used to lessen the burden on the masses but for sustaining a highly extravagant administration. Still more arbitrary has been the manipulation of the exchange which has resulted in millions being drained away from the country.
Politically, India’s status has never been so reduced as under the British regime. No reforms have given real political power to the people. The tallest of us have to bend before the foreign authority. The rights of free expression of opinion and free association have been denied to us and many of our countrymen are compelled to live in exile abroad and cannot return to their homes. All administrative talent is killed and the masses have to be satisfied petty village offices and clerkships.
Currently, the system of education has torn us from our moorings and our training has made us bug the very chains that bind us.
Spiritually, compulsory disarmament has made us unmanly and the presence of an alien army of occupation, employed with deadly effect to crush in us the spirit of resistance, has made us think that we cannot look after ourselves or put up a defence against foreign aggression, or even defend our brothers and families from the attacks of thieves, robbers and miscreants.
We hold it to be a crime against man and God to submit any longer to a rule that has caused this fourfold disaster to our country. We recognise, however, that the most effective way of getting our freedom is not through violence. We will, therefore, prepare ourselves by withdrawing, so far as we can, all voluntary association from British Government, and will prepare for civil disobedience, including non-payment of taxes. We are convinced that if we can but withdraw our voluntary help and stop payment of taxes without doing violence, even under provocation; the need for his inhuman rule is assured. We therefore hereby solemnly resolve to carry out the Congress instructions issued from time to time for the purpose of establishing Purna Swaraj.

How useful is this solution?We strive to provide quality solutions. Please rate us to serve you better.
PREVIOUSExplain the following statements with reasons.Khilafat Movement was started in India.
Related Videos

Rowlatt Act was opposed by the people of India.

Khilafat Movement was started in India.

Answer the following questions in one sentence.

Which restrictions were put up on the Blacks in South Africa according to the declaration of 1906?

Trace out the pledge of independence that was taken on 26th January 1930 and read it aloud collectively in the classroom.

Answer the following questions in one sentence.

Where did Gandhiji launch the first satyagraha in India?

Answer the following questions in 25-30 words.

Why was the Swaraj Party established ?

The farmers started the no-tax movement in the district of _______.

Answer the following questions in 25-30 words.

Explain the philosophy of Satyagraha.

The Indians boycotted the Simon Commission. 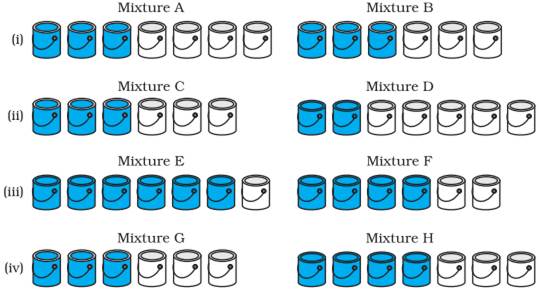