The sum of potential differences around a closed loop is zero.

It is given that the voltage across the voltmeter, V = 18V.

The given circuit can be drawn and labelled as follows: 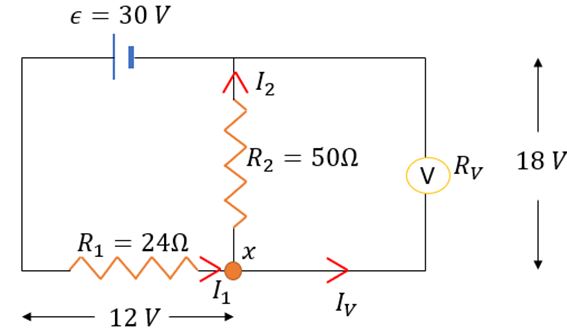 The potential difference across voltmeter and R2 is the same as they are in parallel.

Finally, using Ohm’s law for the voltmeter, we get

Hence, the voltmeter has resistance 130Ω.

If A is a square