The third period contains only eight elements even through the electron capacity of the third shell is 18.

As we know that electron capacity of K,L,M,N shells are: 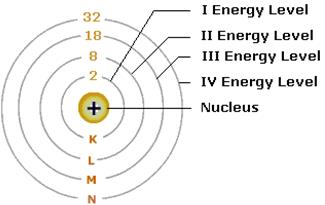 But it has been observed that third shell (energy level) contains only 8 elements because:

⇒ There are many other factors which controls the filling of electrons.

⇒ The third period contains 8 elements according to the law of electron octet in which every atom aims to have eight electrons in its outer shell in order to get the noble gas configuration, any extra electrons that come go to the next shell,
*EXTRA INFORMATION
Period number is given by the last shell which an electron enters into. The electrons fill up 3s and 3p subshells (total electrons = 2+6=8, hence 8 elements), and then they start filling 4s before going back to 3d.

Write the name an

Explain why a con

Find the roots of

One is asked to s