Let A and B be the two given vectors

If C is the resultant vector, then:

Also, it is given that the resultant is perpendicular to one of the given vectors. Let that given vector be A 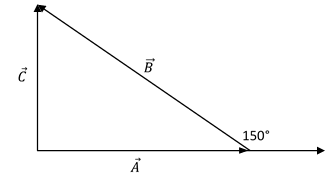 Hence, smaller vector is A = 20 units

A man wants to re

Given below in co