The circuit diagram is as Shown 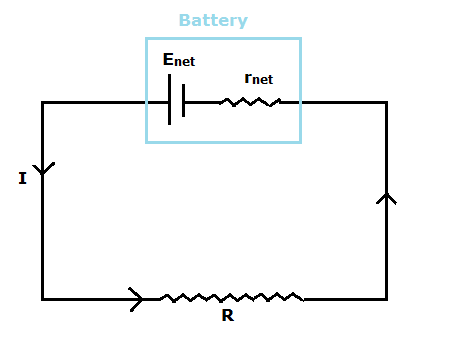 Now we know according to ohm’s law, the potential difference across a resistor is equal to product of current flowing through it and its Resistance Mathematically,

Where, V is the potential difference across the ends of register, I is the current flowing through it and R is the resistance 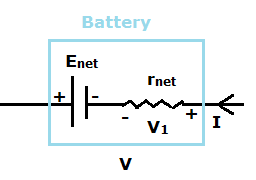 Now when current drawn from cell is 0A

Or we can say when no current is drawn from cell, its voltage is equal to emf of the cell

From the graph we can see

i.e. net emf of the cells is

Or we can say

now also from the graph

when voltage across combination of cell V = 0 V

So net internal resistance is

or we can say

so internal resistance of each cell is 2 Ω