• The state under Rajaraja ordered one-third of the gross produce which was unfair.

• It also controlled a large part of the private lands of the villagers.

• It reclaimed forest and wasteland under the law.

• It helped in the evaluation of the production and land revenue.

• It grouped land revenue and had the position to sell the land in question.

Visit a museum and collect information about inscriptions, coins and instruments used by the ancient people.

Conduct a study on materials excavated from prehistoric sites and on Tamil - Brahmi script.

Mark on the map of south India, the ancient Tamilagam and the territories of Tamil kingdoms.

a) Evidence of iron smelting has been found in Kodumanal and Guttur.

b) Periplus of Erythren Sea mentions about the pepper trade with India.

c) Punch marked coins are the earliest coins used in India mostly made of gold.

d) The Sangam Age has its roots in the Bronze Age.

___________ referred to the Westerners, including the Greeks, Romans and West Asian people.

___________ the classic work on economy and statecraft authored by Kautilya during the Mauryan period.

___________ refers to systematically digging a site to recover material evidence for exploring societies of the past.

(i) Coins as a medium of exchange were introduced for the first time in the Sangam Age.

(ii) Prakrit was the language used by the common people in Northern India during the Mauryan period.

(iv) The concept of Thinai is presented in the Tamil grammar work of Pathupaattu. 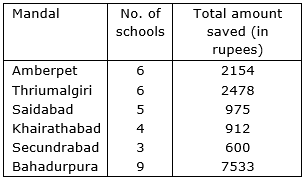