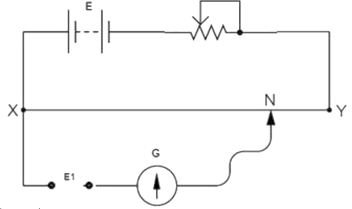 As the potentiometer wire has uniform cross section throughout, the potential difference between X and any point at a distance l from A till point Y is,

The meter bridge uses the concept of a balanced Wheatstone bridge to find the value of the unknown resistor so that the formula can be written as,

X is the unknown resistance,

LAB is the length of wire where till the null point is found.

It is written as to fulfill the condition for the balanced bridge. 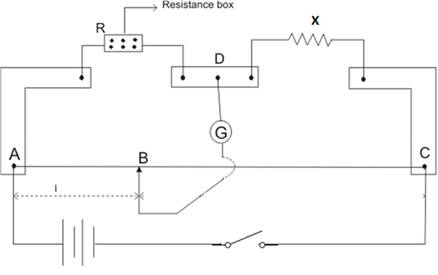 b) The above formula can be re-written as

The value of x can be found as,

While doing an ex

In a meter bridge