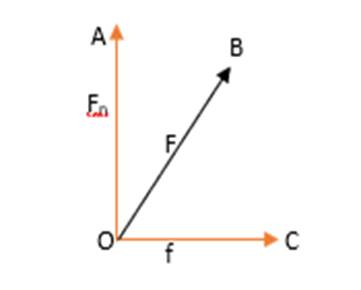 In the question statement it is given that normal forces between the bodies is zero. From the above diagram, it is clear that if f is zero than F and Fn will become equal. So frictional force has to be zero between the two bodies for normal forces to become equal. Hence option (B) is correct. Even if the frictional force is non zero, but the surfaces of both the blocks can be rough enough that they are not slipping. Hence option (D) is also correct.

If the surfaces are frictionless then the system will not be in equilibrium hence option (A) is not correct. Also, if magnitude of f and Fn are equal then magnitude of contact force F=