2. Is Matter Around Us Pure

Class 9thNCERT Science - Exemplar2. Is Matter Around Us Pure

(a) Mercury and water are separated by using a separating funnel.

Mercury and water are two immiscible liquids having different densities. Thus they are separated by the process of decantation* using separating funnel. Mercury is heavier than water, thus forms the lower layer and is separated from water. 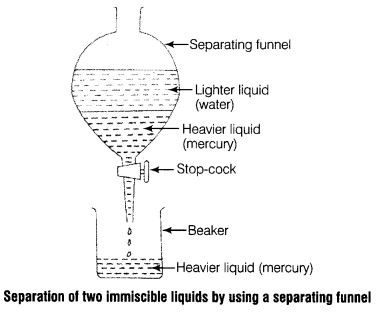 *Decantation: It is a process in which the mixtures are. This separation is done by removing a layer of liquid in which a precipitate has settled. 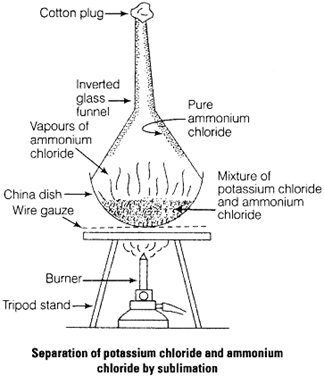 How useful is this solution?We strive to provide quality solutions. Please rate us to serve you better.
PREVIOUSTwo chemical specNEXTWhich of the tube
Related Videos

NCERT Exemplar | Is Matter Around Us Pure53 mins