Kepler’s Third Law states that: The cube of the mean distance of a planet from the sun is directly proportional to the square of time it takes to move around the sun. 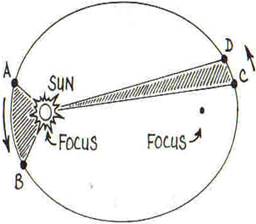 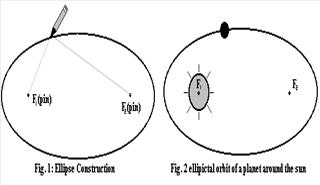 How useful is this solution?We strive to provide quality solutions. Please rate us to serve you better.
PREVIOUSCalculate the acceleration due to gravity on the surface of a satellite having a mass of 7.4×1022 kg and a radius of 1.74×106 m (G = 6.7×10-11 Nm2/kg2). Which satellite do you think it could be?NEXTThe mass of a planet is 6 × 1024 kg and its diameter is 12.8 ×103 km. If the value of gravitational constant be 6.7×10-11 Nm2/kg2, calculate the value of acceleration due to gravity on the surface of the planet. What planet could this be?
Related Videos

Variation of Acceleration due to Gravity39 mins

NCERT | Do You Feel Force of Attraction?58 mins

Foundation | All About Satellite MotionFREE Class

Universal law of gravitation states that every object exerts a gravitational force of attraction on every other object. If this is true, why don’t we notice such forces? Why don’t the two objects in a room move towards each other due to this force? (Picture)

The value of acceleration due to gravity of earth:

A. Is the same on equator and poles?

B. Is the least on poles?

C. Is the least on equator?

D. Increases from pole to equator

The value of gravitational constant depends upon:

Which force is responsible for holding the solar system together?

Give Reasons for the Following:

Why does the moon not actually fall on the surface of the earth?

Find the capacity in litres of a conical vessel with

What is Gerrard's profession? Quote the parts of the play that support your answer.

(iii) PQRS is a parallelogram.

If the diagonals of a parallelogram are equal, then show that it is a rectangle.