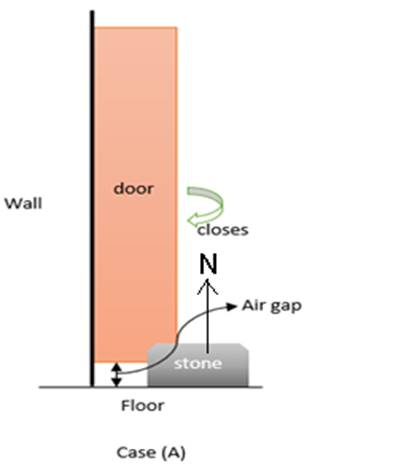 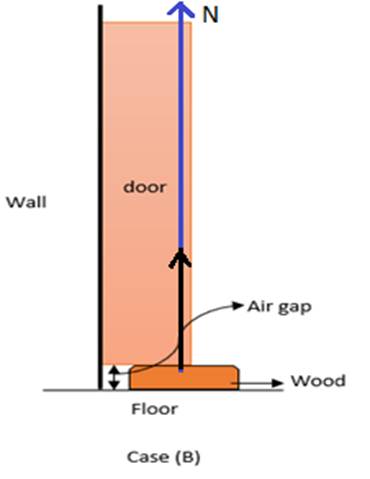 Both the cases are illustrated above. In first case a stone is kept in front of door to keep it open and in second case the wood piece is kept between the air gap of door and floor.

Find the (i) leng