Four single horned rhinos, three females and one male, were restored in Dudhwa forest of Kaziranga National Park, situated in Golaghat and Nagaon districts of the state of Assam. The reason of this translocation was to establish a second rhino population within the Dudhwa National Park, and further reducing risk of disease, and in-breeding.

The Uttar Pradesh Forest Department in collaboration with WWF-India, with the support of the Assam Forest Department, and Wildlife Trust of India (WTI) took the responsibility of transporting the four rhinos to the national park. 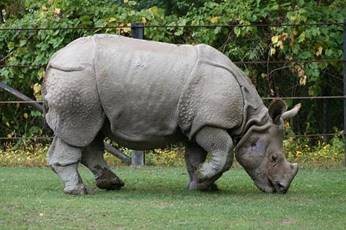 The sum of two ra