Now, velocity of man running is much less than the velocity of sun rays falling vertically.Therefore, the resultant velocity is in the same direction of the vertical sunrays. This is depicted in the figure below 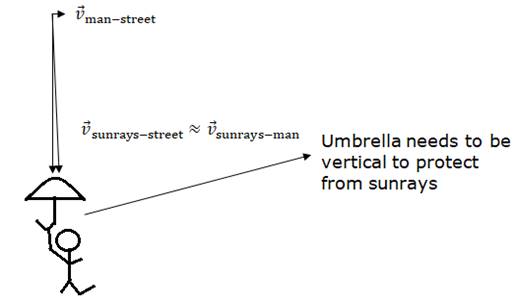 Now, man standing with umbrella in a vertical falling sun rays is shown below 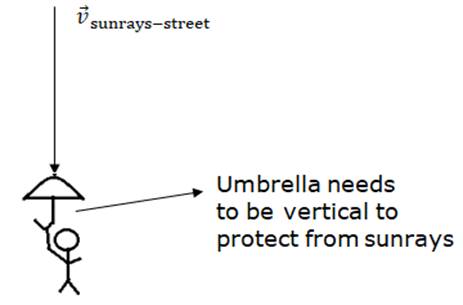 A police jeep is

A motor car is go