How would you rew 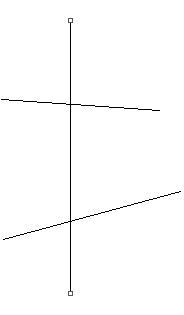 from the figure we can see that the two lines that are not parallel and make acute angles, will intersect at the side which is towards the acute angle.
Now we can look at this Postulate from different point of view, we can say that the lines that are not parallel to each other, intersect with each other where the inclination is towards meeting them.

How would you rew

The taxi fare in