Step II: Draw perpendicular bisector of BC, Let the bisector intersect BC at O. 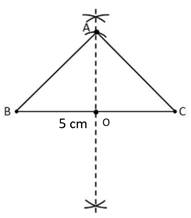 Step III: A ray BX is drawn making an acute angle with BC opposite to vertex A. 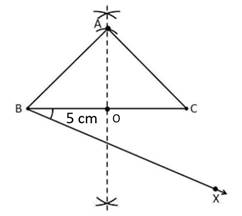 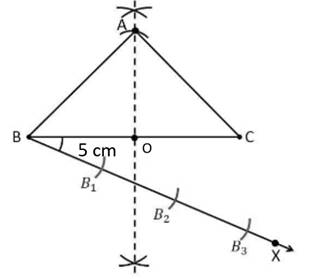 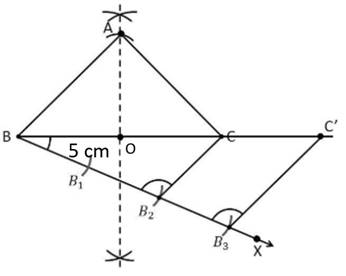 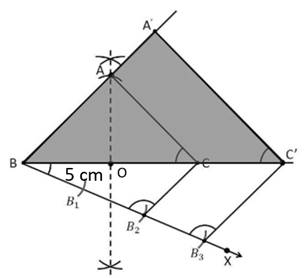 Since the scale factor is

We need to prove,

So, this will make same angle with BC.

Since corresponding sides of similar triangles are in same ratio.