23. Dividing a Line Segment into Three or Five Equal Parts

Ramu pradhan drew a parallelogram ABCD where AB=6cm, BC=9 cm. and ∠ABC=60°. Let’s select two points P and Q on diagonal BD such that BP=PQ=QD. 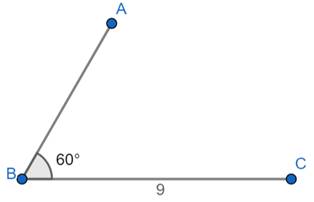 Now we will draw line parallel to AB from point C 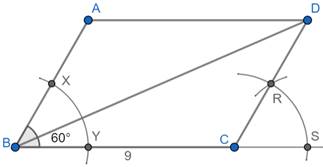 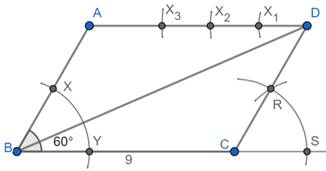 Step6: Join BX3 and draw lines parallel to BX3 from X2 and X1 intersecting BD at P and Q respectively 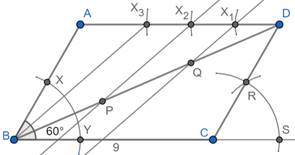 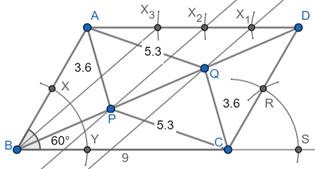 As the lengths AP = QC and AQ = PC which are opposite sides of quadrilateral APCQ.

On the Number line44 mins

Divisible or not41 mins

Concentration makes you a Champ30 mins

of the 2nd line segment and

th of the 3rd line segment. Let’s calssify the triangle on the basis of their sides.

Ramu pradhan drew a parallelogram ABCD where AB=6cm, BC=9 cm. and ∠ABC=60°. Let’s select two points P and Q on diagonal BD such that BP=PQ=QD.

Anoara drew a triangle ABC in her exercise book. We bisect side BC by compass and then the median AD. I trisect AD in AE, EF and FD. Now we join B and F by scale and extended it to X such that it intersect AC at X.

Measuring by scale we see,

Ajij divided a line segment XY of length 12 cm in some parts in such a way that each part is of length 2.4 cm. First decide how many parts are there and then divide the line XY into that number of equal parts.

Rihana drew a straight-line segment PQ of length 10 cm I divided the line segment PQ in five equal parts by scale and compass. Let’s verify by scale which each part of segment is 2 cm or not.

Let’s divide a line segment of length 12.6 cm into 7 equals parts, by scale and compass. Using the above construction let’s draw an equilateral. Triangle of length 7.2 cm.

Let's divide a line segment of length 9 cm in three equal parts by scale and pencil compassed and let's measure the length of the parts by scale.

The King had a peculiar habit. What was it? Why is it peculiar?

If Chameli had Rs 600 left after spending 75% of her money, how much did she have in the beginning?

If you become the Prime Minister what works will you prioritize? Create a priority-wise list and present it in class.

(i) Cube of any odd number is even

(ii) A perfect cube does not end with two zeros

(iii) If square of a number ends with 5, then its cube ends with 25

(iv) There is no perfect cube which ends with 8

A football team won 10 matches out of the total number of matches they played. If their win percentage was 40, then how many matches did they play in all?