Let us consider the isosceles triangle ABC with side AB= AC. 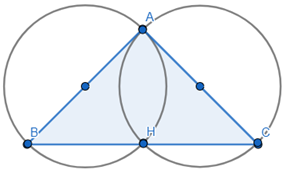 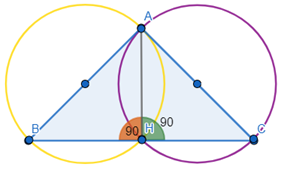 As we can see in yellow circle,

(∵ angle in a semicircle is right angle )