In figure if AD =


To find: The value of ∠ABC. 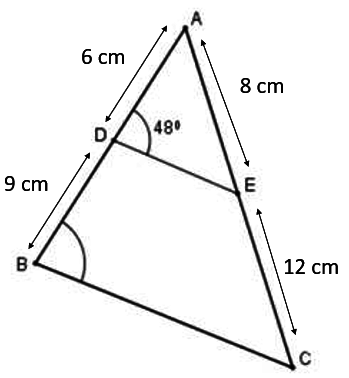 From the given figure, we see that line DE divides the two sides of the triangle.

Now substituting the given values to get,


If a line divides two sides of a triangle in the same ratio then the line is parallel to the third side.


Now given ∠ADE = 48°, substituting this in the above equation, we get


This is the required value.