PART A: Construction of triangle 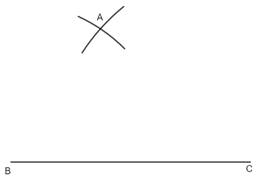 2. Join AB and AC to get the required triangle. 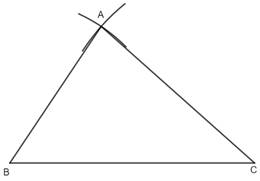 PART B: Construction of square

For making the square of equal area, we first make a rectangle having the double area as of triangle, then we will half the area of rectangle and finally, we will make our square of area of same as half part of rectangle which will be equal to area of triangle. 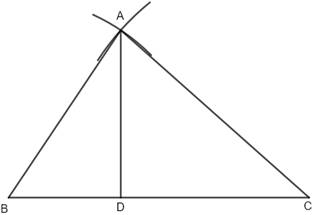 4. For each right angle draw a reflection, as shown in figure, it will construct a rectangle BB'C'C.

Clearly, area of rectangle is double of the area of triangle. 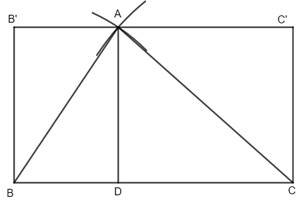 5. Now, we bisect the rectangle [By bisecting BC], which gives a new rectangle PCC'Q. 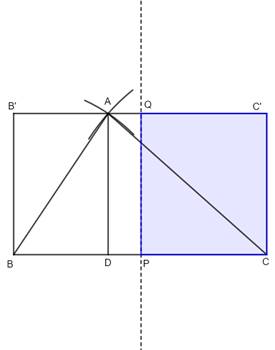 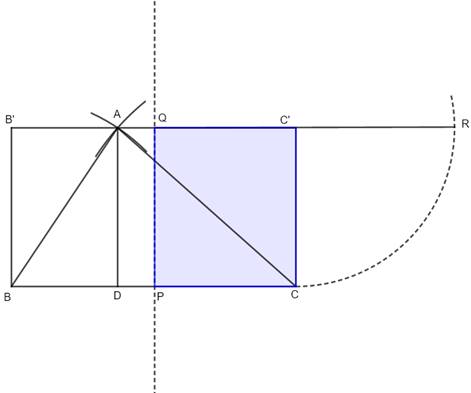 7. Draw the perpendicular bisector of QR, which intersects QR at O. 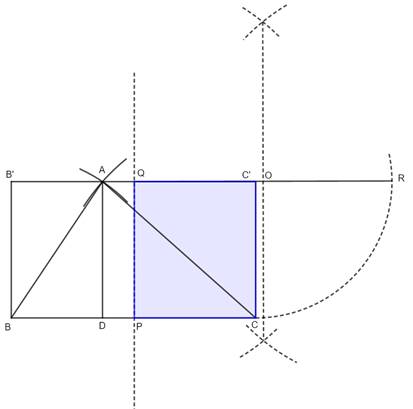 8. Taking O as center and OQ = OR as radius draw a circle. 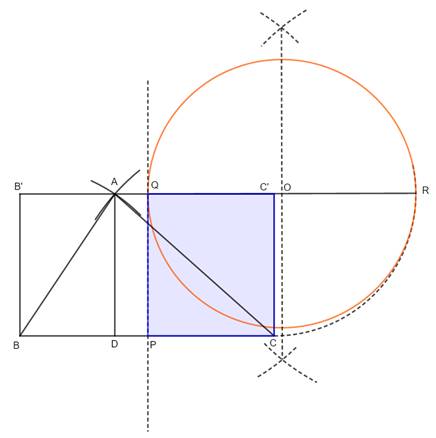 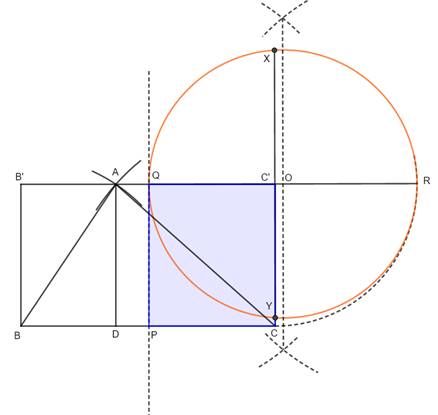 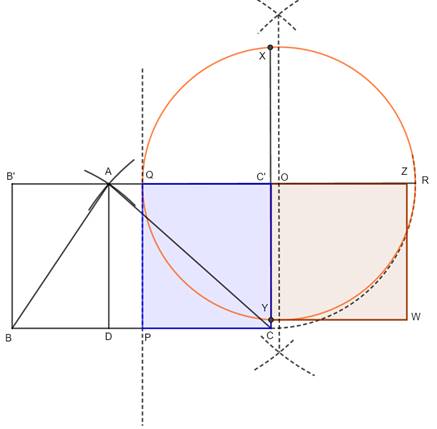 [As, The area of rectangle form of parts into which a diameter of a circle is cut by a perpendicular chord is equal to the area made by the square of half the chord]

In the picture, c

Draw a square of

Draw a square of