4. Altitudes and Medians of a Triangle

Class 8thMHB - Mathematics (New)4. Altitudes and Medians of a Triangle

To draw an obtuse-angled ∆LMN.

i. Draw a base line of any length, mark it MN. At M draw an obtuse angle mark that line point L. Join L and N points. ΔLMN thus formed is an obtuse angled triangle. 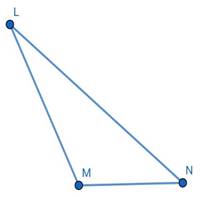 ii. To draw an altitude from vertex L, extend side MN of the triangle from point M with a dashed line, as shown in the figure, and then draw the perpendicular lines from M. 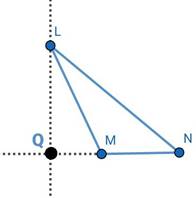 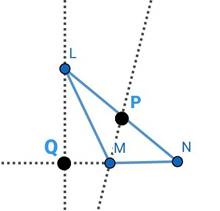 iv. To draw altitude from vertex N, extend side LM of the triangle from point M with dashed line, as shown in the figure, and then draw the perpendicular line from vertex N. 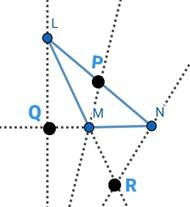 v. Now for the orthocentre, as all the altitudes do not intersect we'll have to extend them so that they can meet giving us an orthocentre of the triangle. 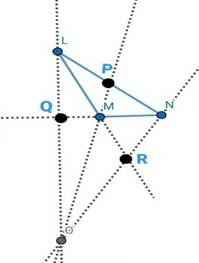 vii. The ortho centre of the Obtuse triangle lies outside the triangle.

viii. The point O denotes the orthocentre of the obtuse-angled ∆LMN.

How useful is this solution?We strive to provide quality solutions. Please rate us to serve you better.
PREVIOUS<span lang="EN-USNEXTDraw a right angl
Related Videos

Be a Champ of MCQs on Metals and Non-metals54 mins

Methods of Charging a Body44 mins

Why Can a Person Lay on a Bed of Nails and Not Be Injured?30 mins

Be a Master of Chemical Properties in 30 minutes !29 mins

Indian Mythology on Characteristics of a Good Student29 mins

Units and Systems of Measurement53 mins

Concentration makes you a Champ30 mins