ABCD is a parallelogram. The circle through A, B, and C intersect CD (produced if necessary) at E. Prove that AE = AD. 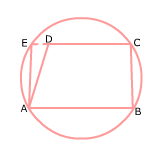 Some Imp Concepts Of Circles44 mins 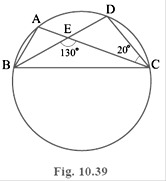