Since we are given only one angle to draw a triangle we need to assume the other two angles of a triangle.

It is impossible to draw a triangle with only one angle.

1. Let us take AB as base of the triangle.

2. So, draw a line segment and name it as AB (Here length is not specified so we can assume that also.) 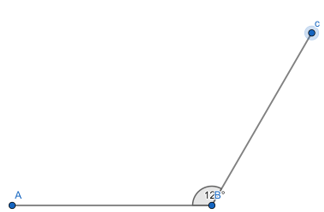 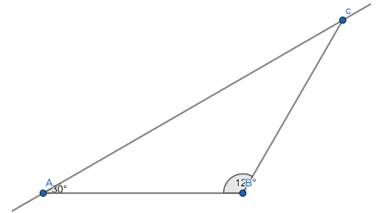 5. 2 Rays will intercept at some point and name that point as C