times the corresponding sides of triangle ABC. The figure for the following situation is as follows: 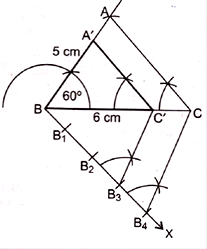 The step of constructions for the above figure are as follows: 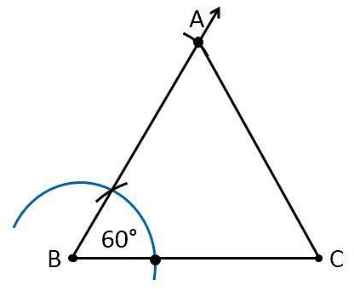 (ii) Secondly, we have to draw a ray BX downwards that makes an acute angle with BC ∴ ∠ABC is the required triangle.


The justification for the given solution:


Form AA rule of similarly we have

Show that any pos