If the areas of t 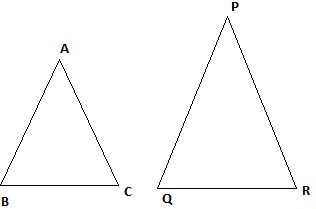 When two triangles are similar, the reduced ratio of any two corresponding sides is called the scale factor of the similar triangles.

If two similar triangles have a scale factor of a : b, then the ratio of their areas is a2 : b2.

Therefore putting in equation (i) we get,

Quiz- Test what you Know45 mins