Let us write in t

The circle is a collection of infinite number of points lying on a plane, each of the points is equidistant from a fixed point on that plane.

A diameter is the greatest chord of any circle.

Any chord of a circle divide the circle in two parts, the one with major area is known as major segment and the other part is known as minor segment. 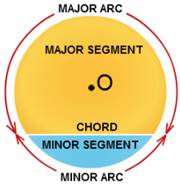 As you can see in this image, Diameter has to pass through origin.

A sector is the region enclosed by an arc and two radii as shown below.

OAB is a sector. 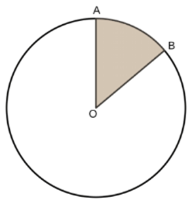 How useful is this solution?We strive to provide quality solutions. Please rate us to serve you better.
PREVIOUSLet us see the adNEXTWith the help of
Related Videos

How to Revise Chemistry45 mins

Let us write in t