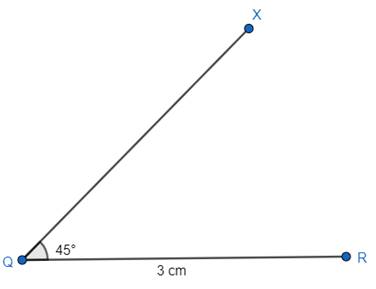 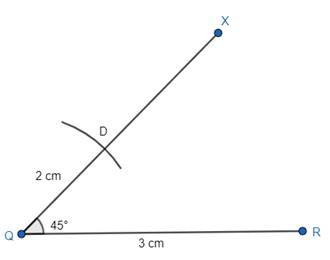 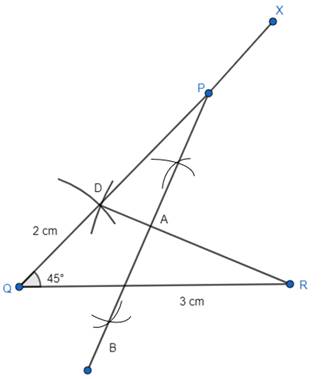 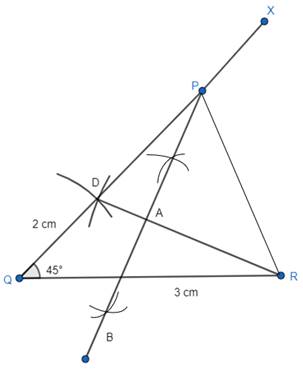 Thus, ΔPQR is the required triangle.

Base QR and ∠Q are drawn as given. Since, the point P lies on the perpendicular bisector of DR.

Thus, the construction is justified.

How useful is this solution?We strive to provide quality solutions. Please rate us to serve you better.
PREVIOUSConstruct a triangle ABC in which BC = 5 cm, ∠B = 60° and AC + AB = 7.5 cm.NEXTConstruct each of the following and give justification:A right triangle when one side is 3.5 cm and sum of other side and the hypotenuse is 5.5 cm.
Try our Mini CourseMaster Important Topics in 7 DaysLearn from IITians, NITians, Doctors & Academic Experts
Dedicated counsellor for each student
24X7 Doubt Resolution
Daily Report Card
Detailed Performance Evaluation
view all courses