A bag A contains

Let E be the event of drawing 2 random balls (a red ball and another black ball.)

As we need to find the probability of one ball being red and other being black.

But the selection of these balls depends on the number that appeared on the die.

Therefore this problem is of conditional probability, and we need to find P(E).

Now as 2 balls can be selected out of first bag or second which depends on the number appeared on die. So this can be given as-

P(E|E1) represents selection of one red and one black ball given that 1 or 2 appeared on die. As per the question now we have to select balls from bag A

This can be presented in tabular form as shown: 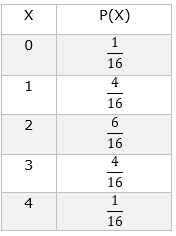