This device is used to measure the dimension of object. 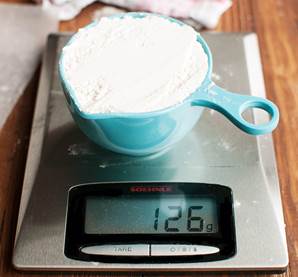 This is called digital weighing machine which is used to measure the weight of the object.

This is commonly called clock used to measure time.

This is Thermometer which is used to measure the temperature. 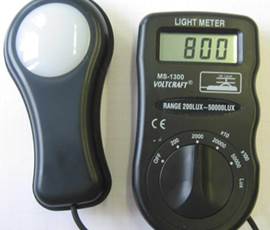 This is photometer generally used to measure the light intensity. 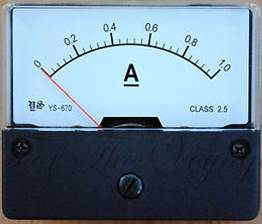 This is Ammeter used to measure current in the circuit. Electric current is measured in ampere (A) that is why letter capital A is written on the device scale.

How useful is this solution?We strive to provide quality solutions. Please rate us to serve you better.
PREVIOUSSay true or false.a. The symbol for units should be written with a small letter.b. There should be a full stop at the end of a symbol for units.c. We should not use plurals when we write the unit in words.d. The SI unit for mass is KG.
Try our Mini CourseMaster Important Topics in 7 DaysLearn from IITians, NITians, Doctors & Academic Experts
Dedicated counsellor for each student
24X7 Doubt Resolution
Daily Report Card
Detailed Performance Evaluation
view all courses

In the figure, ABCDEF is a regular hexagon. Prove that ACDF is a rectangle.

In the figure, ABCDEF is a regular hexagon. Prove that ΔBDF, drawn joining alternate vertices is equilateral.

Draw a labelled diagram of larynx and explain its functions.

How did Jody bring the fawn back home?

Jody was filled with emotion after he found the fawn. Can you find at least three words or phrases which show how he felt?

Salma had a very soft and smooth skin during her childhood.

As she entered adolescence, she developed pimples on her face.

The skin specialist advised her to wash her face at regular intervals. Can you explain the reasons for the appearance of pimples on her face and suggest ways to prevent them?

of it at a loss of 6%. At what gain per cent should he sell the remaining part of the plot to gain 10% on the whole?