7. Division - for Growth and Reproduction


Class 9thKerala Board Biology7. Division - for Growth and Reproduction

•The division of nucleus is called Karyokinesis.

•It has four stages – Prophase, Metaphase, Anaphase and Telophase. 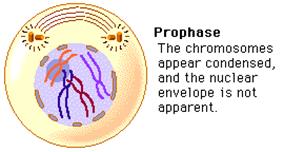 •Each chromosome has two chromatids which are held at centromere.

•In animal cell centrosome splits into two. The centrioles present in centrosome have already duplicated and they start moving towards the opposite poles.

•Each centriole is surrounded by radiating rays called aster. 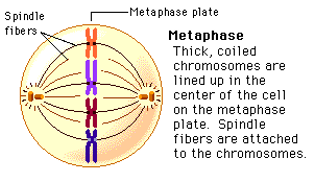 •The duplicated chromosomes have already reached and arranged on the equatorial plane of the cell.

•Each chromosome is attached by spindle fibre with its centromere.

•The centromere which is attached to the two chromatids divides and two sister chromatids separate from each other and start moving towards opposite poles.

•The movement of chromatids to opposite poles occurs due to contraction of spindle fibres.

•Daughter chromosomes reach the opposite poles.

How useful is this solution?We strive to provide quality solutions. Please rate us to serve you better.
PREVIOUSPrepare a slide based on a story board on the reasons, symptoms and methods of treatment of cancer. Present it in the Health Club.
Related Videos

The stage of karyokinesis at which daughter nuclei are formed.