The Court of the Director was now changed every four years rather than 1 year because of which corruption was controlled and the activities of the British administration were always on toes. 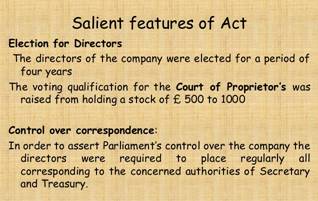 but led to more control on trade with China in Tea. 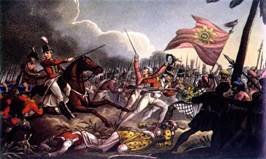 • Lord Cornwallis - He passed many reforms which helped the Indian workers, he raised the salaries of the employees, reduced the number of revenue villages and districts. He reorganised the judiciary and revised the administration system of India. 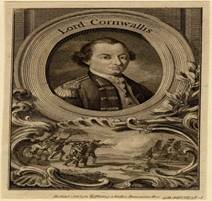 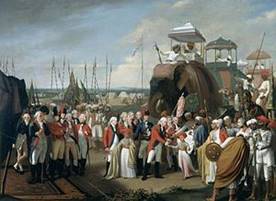 • The police administration was done by putting a governor at the province headquarters and a faujdar at the subsiding levels. 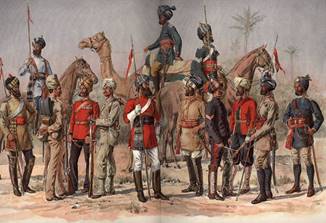 The faujdars and horsemen did the policing.

• Warren Hastings helped in the judicial administration by allowing trials of Hindus according to Hindu law and Muslims according to Muslim law and Sharia. He introduced the DISTRICT FAUJDARI AND DIWANI ADALAT. 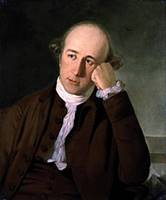 • Lord commission was set by Macaulay. The British allowed the local self-government in the presidency towns of Madras, Bombay and Calcutta. This was done in the act of 1918. 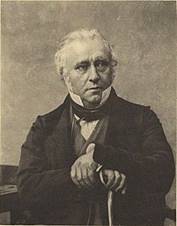 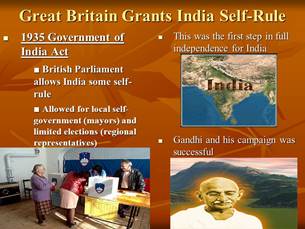 • Lord Wellesley established the college of Fort WILLIAM in the 1800s as according to him it represented the Oxford of the East. He tried to help the education System Of India. 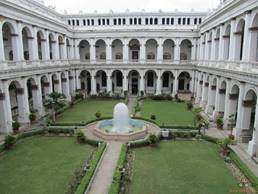 • In 1893, The House Of Commons passed a resolution regarding the examination for the civil services in both England And India.

• The 1813 Act of Charles Grant and William Wilberforce, this act was passed to spread education leaving the invention part of the British and spread Christianity.

• The 1835 Policy of Education by Lord Macaulay, English was made the court language, it was used for teaching only the upper strata of the society in India, Books of English language were very cheap, English education was sponsored by the state. Bethune school was established, Agriculture Institute in Pusa (Bihar) And Engineering Institute at Roorkee.

• Wood’s Dispatch Act of 1854, it was used to spread education among the Masses.

• Sadler Commission, it was formed due to the problems of Calcutta University. It had 12-year school course mandatory and 3-year undergraduate program. Its recommendation was also acceptable in Other colleges.

• The most historic and recommendable transport developed by the British was the railways, introduced by the Britishers in 1853, The first railway was from Bombay to Thane. It eased the navigation for the British officers and employees. Railways made transport cheap and affordable. 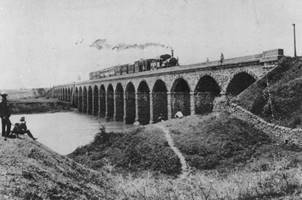 • According to the motor vehicles act 1939, transport was not feasible in bumpy and potholes filled road. Hence as roads served as the backbone of industrialisation and even communication for the postman, they had to be built at any cost. Good metalled roads were constructed in cities and some villages to ease transportation. Thus, four types of roads were built:

• Water Transport, introduced by the British in the 1800s, it helped in trade and other errands

• Many railways were built across North India.

• Air Transport, introduced in the 19th Century, First Air Mail Service was introduced in 1911 from Allahabad to Naini, known as the airmail Telegraph. The Indian Continental Airways Ltd. Began to operate in 1932. Then other companies came.

• The British also introduced a modern postal system and introduced The Telegraph in India.

• The first Telegraph line In India Was from Calcutta to Agra, which was opened in 1853.

• Postal stamps were introduced by Lord Dalhousie, earlier payment had to be done, but now it was cheap and affordable. He had also cut postal rates.

Do you agree with