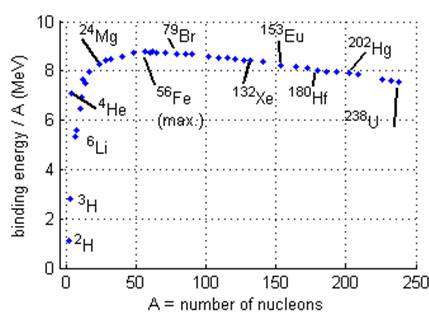 The constancy of Binding energy in the range 30<A<170 refers to the saturation effect of the nuclear force. The neutron-proton ratio is higher in this region and hence the stability is higher.

In nuclear fission, a heavier nucleus disintegrates into lighter nuclei. The mass of the products is less than the mass of the reactants as some of its mass is converted into energy.

In nuclear fusion, we bring two light nuclei together and the energy released is equal to the energy required to overcome the repulsive forces while fusing. 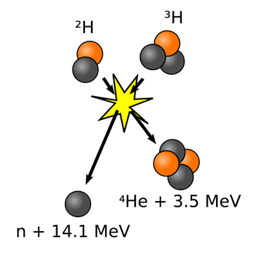 A nuclide 1 is sa

The mass of a H-a